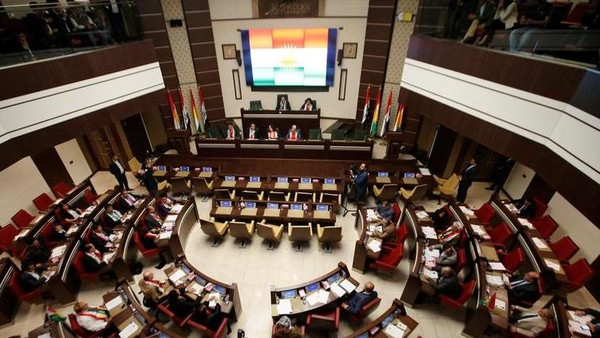 With elections delayed, Masoud Barzani is seeking to redistribute his powers as the Kurdistan Region President, in a letter presented to parliament.

In the letter obtained by NRT, Barzani has expressed his goal to redistribute his powers among various government institutions including the Kurdistan Parliament, Judicial Council and Kurdistan Council of Ministers.

According to the letter, the reason for reallocation of powers are; the extension of Parliament’s fourth term until new elections, an absence of presidential candidates, the current president’s reluctance to remain in his position and the need to avoid a legal vacuum in powers that the existing president is supposed to hold.

The office of the Kurdistan Presidency requested the provisions outlined in the letter to remain in effect until parliamentary and presidential elections take place. Elections had been scheduled for November 1, but were postponed after Baghdad seized territory and oilfields from the Kurds. A new date has not yet been set by Parliament, but are anticipated in the coming eight months.

The powers that are to be assigned to the Kurdistan Regional Government (KRG) Prime Minister (PM) within the scope of the provisions of the letter are as follows:

The Kurdish Presidency requested the Kurdistan Region’s Council of Ministers to be assigned the duties and powers outlined in Subjects; 4, 7, 8, 17 of Article 10 of Amended Law no. 1 of Kurdistan – Iraq Presidency of 2005.

Also according to the letter, the Kurdistan Parliament leadership will be responsible for the duties and powers outlined in Subjects; 1 and 14 of Article 10 of Amended Law no. 1 of Kurdistan – Iraq Presidency of 2005.

The region’s Judicial Council will be assigned the duties and powers outlined in Subjects; 12, 13, 16 from Article 10 of Amended Law 1 of Kurdistan – Iraq Presidency of 2005.

According to the letter, the Kurdish Presidency wants the region’s Chief of Staff to continue his current responsibilities.

The Kurdish Presidency also called for a freeze into the Kurdistan Region’s Presidency Law of 2005 until the delayed parliamentary and presidential elections take place.

“The provisions [outlined in this letter] will remain in effect until a new president is elected and a new parliament begins their fifth term,” the letter by the office of the Kurdish Presidency read.