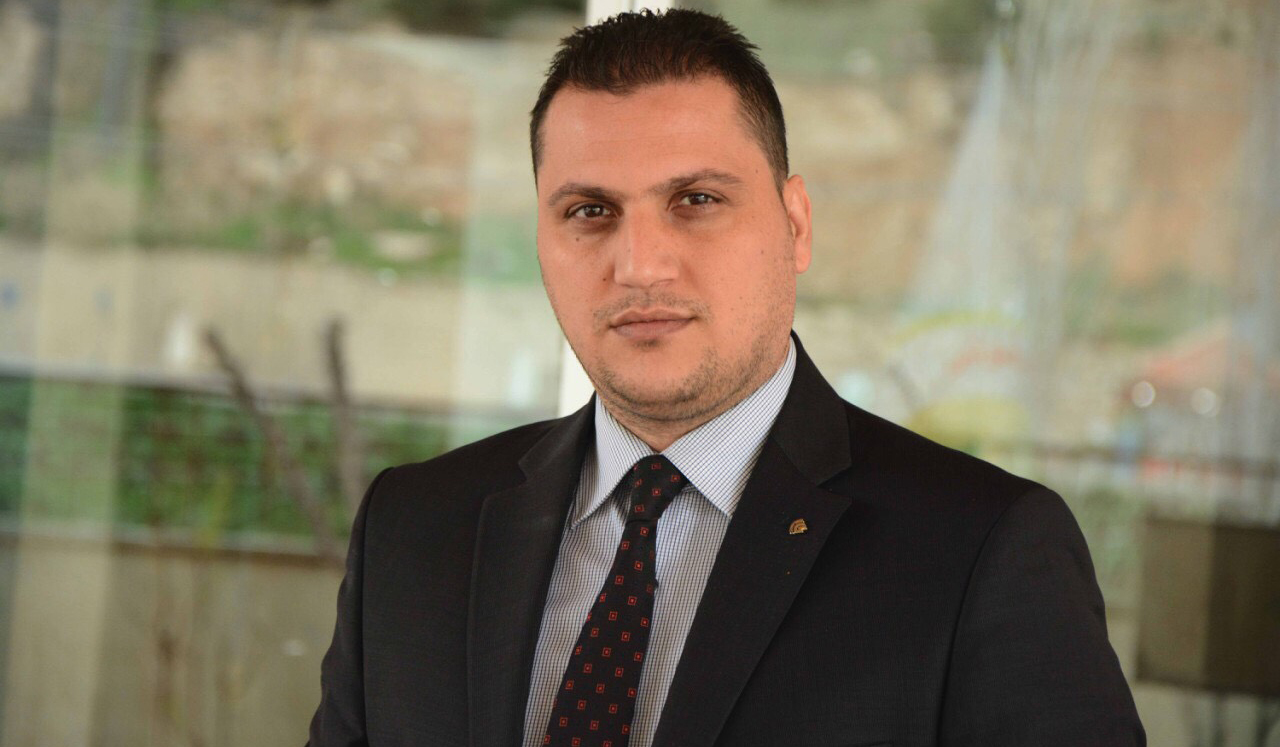 A group of people from the Kurdish villages near Nahla have made a new transgression on one of the villages of our Chaldean Syriac Assyrian people in the area.

The group trespassed on the lands of Keshkawa village in the Nahla area by building a house and an aquifer, and cultivated the land that was overrun. The villagers witnessed the group while they were planting the land, despite the decision of the Penalty Commission in Erbil on 27 August 2017, which ruled in favor of our people in Nahla.

Ninos Odisho, a member of the Provincial Council of Dohuk & Representative of Al-Rafidain bloc, considered these acts as a provocation to the owners of the land, a challenge, and a deliberate violation of the laws and regulations that were issued by the legal authorities.

“We have followed up the recent overtaking of Keshkawa in Nahla, and we have contacted the Mayor of Aqra District regarding the issue.” said Odisho. “The Mayor confirmed that the transgressors had been warned after the decision of the Penalty Commission in Erbil”

Mr. Ninos Odisho confirmed that the Mayor of Aqra District promised to follow up on the case and refer the transgressor to the investigation because of violation of the judicial directives issued by the Presidency of the Higher Court / Penalty Commission in favor of the people of Keshkawa village. The judiciary will order the relevant authority to remove the infraction on the lands.

He added, “The ordered issued by the Presidency of the Higher Court / Penalty Commission, the property belong to the Ministry of Finance and the rocky lands used as pastures for the people of the village (referring to the complainants and the accused). The court should have examined the evidence carefully before issuing the decision to avoid such mistakes.”

Mr. Odisho urged the governmental authorities to intervene and end the transgressions not only in Nahla village but in other villages of our people in Kurdistan region of Iraq as well.

Attached is the decision of the court, which was issued in favor of the people who submitted complaints. 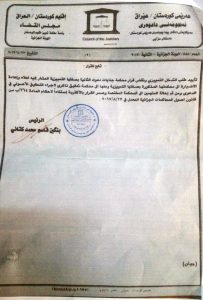 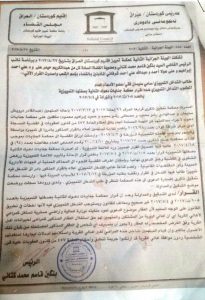