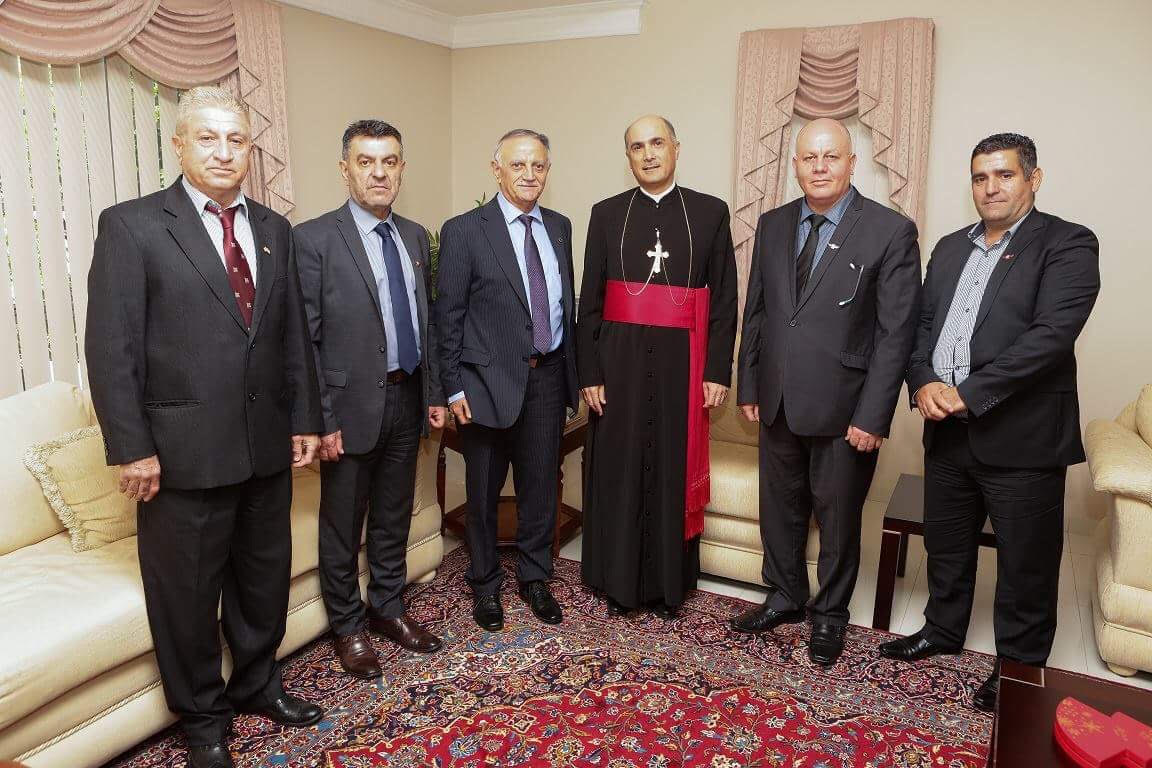 Mr. Kanna was accompanied by one of the Movement’s Senior Officials Mr. Immanuel Sada alongside several members of the Sector.

he two sides discussed important issues concerning our Chaldean Syriac Assyrian people, consisting of challenges facing the Iraq post-liberation and remnants of terrorism in certain areas. MP Kanna briefly discussed the general political scenario in the country, the upcoming electoral process scheduled for May 12, 2018, and the important role our people in Diaspora have in the participation process.

For his part, His Beatitude stressed the unity of speech, joint action, and preparation for the upcoming Parliamentary Elections. He also stressed the participation of youth and urged them to enter the political process to benefit from these energies in the future.

His Beatitude also thanked MP and wished him success in serving our people with just cause.

n conclusion, the delegation thanked His Beatitude for their meeting and wished him success in serving the believers of our Church and our people.