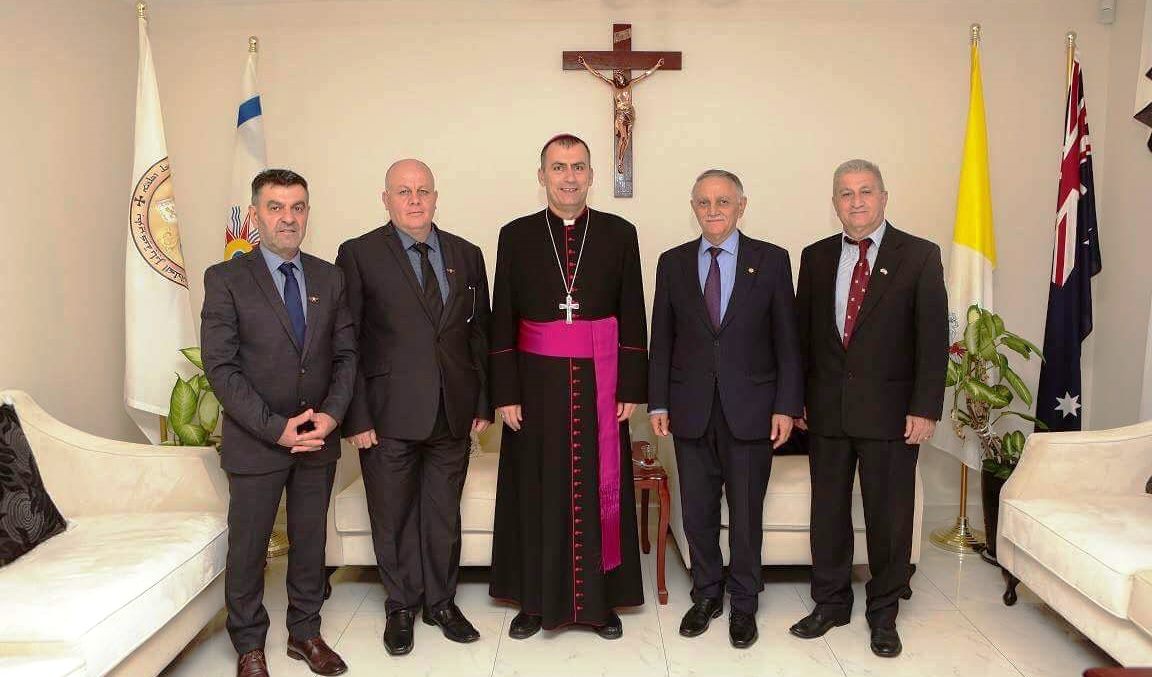 Secretary General of the Assyrian Democratic Movement, MP Yonadam Kanna met with the Patriarchal Vicar of the Chaldean Church of the Diocese of Australia and New Zealand, Archbishop Mar Emil Nona, in his residence of Poseley Park, Sydney on March 17, 2018.

MP Kanna was accompanied by Mr. Immanuel Sada (senior official of the Movement) along with several members of the ADM.

he two sides discussed many issues concerning the Assyrian Chaldean Syriac people as well as the issue of displaced people. Additionally, the group discussed ways of returning the displaced to their homes and provide security, safety, stability, and compensation.

MP Kanna discussed the upcoming parliamentary elections scheduled for May and the importance of educating our people in Diaspora to participate effectively in these elections.

On his part, Mar Emil Nona thanked MP Kanna for his visit. The Archbishop emphasized the trip’s importance in meeting our people in the Diaspora, explaining our people’s situation, and listening to their demands. He also urged his delegation to unite the discourse and meet it with joint action, especially at this difficult stage. Finally, Archbishop Mar Emil Nona wished MP Yonadam Kanna success in serving our people and his just cause at home.