الرئيسية » About ADM » ADM Zowaa » MP Yacoob Gewargis Yaco meets with Deputy Speaker of the British Parliament and Chairman of the Defense Committee. 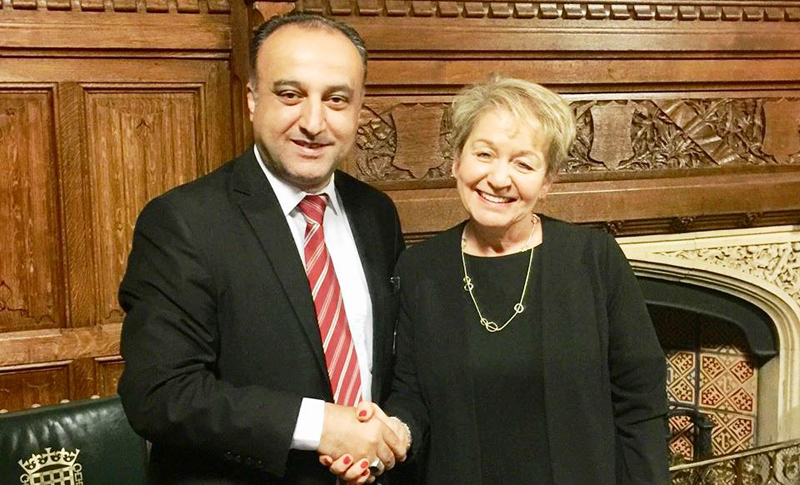 In his statement during the meetings, MP Yacoob asked the international community to play its role in supporting small national components that have been subjected to genocide and displacement at the hands of ISIS. He confirmed that the sincerity of the international community towards small indigenous components, such as the Assyrian Chaldean Syriac people, is not facilitated by the process of emigration, but rather by contributing to sustaining existence in their homeland.

He also called on the British government to help the constituents of the Nineveh Plain to rebuild their communities, provide financial and logistical support, and participate in the development of infrastructure in these areas. He also requested that they support local security through the people of the region to participate in maintaining the security and stability of their areas. He mentioned that the region paid dearly by not having their own people have a role in the security and stability in the Nineveh Plain.

He also participated in a political dialogue session organized by the British Army and Navy Club. Speaking at the meeting, MP Yacoob said that Assyrian Chaldean Syriac people were subjected to killings, displacement, and demographic change of their historical region since the establishment of the Iraqi state. He spoke about how they were the victims of the first massacre and genocide in the contemporary political history of the Iraqi state since its establishment. He stated this occured in front of the British Mandate who did not move a finger as they watched thousands of innocent Assyrian Chaldeans Syriacs (men, women, young, and old) being slaughtered.

He stated this continued in the shadow of all the political regimes that ruled Iraq and consequently his people were broken, bombarded with chemical weapons, and their villages destroyed. Today, the Chaldean Syriac Assyrian people suffer as a result of the bad policies of the government in Baghdad as well as the absence of partnership and abuses in the region.

He stressed that the stability of Iraq will only occur if all the components of Iraq obtain their rights on a fair basis, whether Sunnis, Kurds, or Assyrian Chaldean Syriacs. He stated this will only happen through a constitution guaranteeing the rights of all under the national umbrella that protects the Iraqi people in various recitations. He added that what is happening today in relation to conflicts and major violations even prior to ISIS, were caused by issues of class, power, and marginalization of others.

The visit also included meetings with parliamentarians and other British institutions. 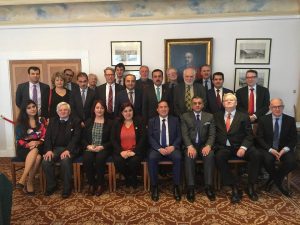 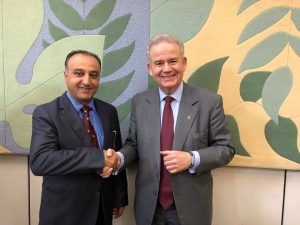 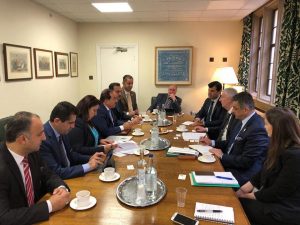 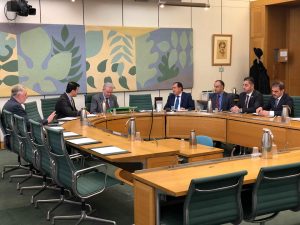