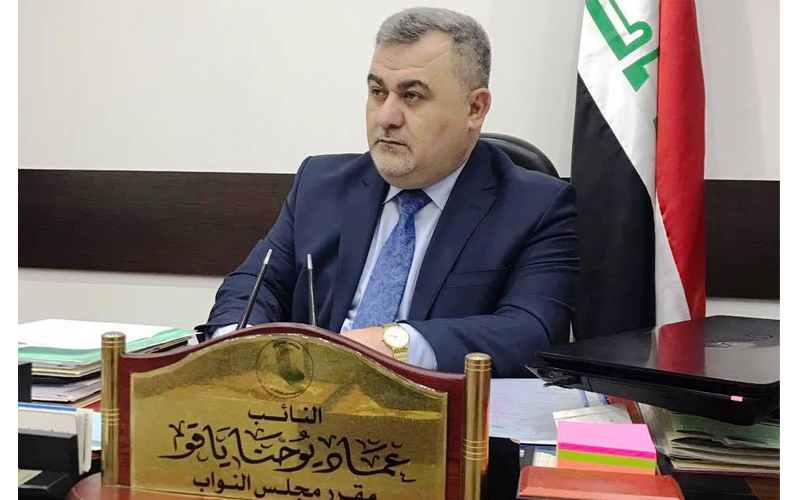 MP Imad Youkhana called on the authority to intervene and stop the systematic targeting of Christians in Baghdad and calls on the international community to protect them.

mad Youkhana demanded an intervention to stop the systematic targeting of Christians in Baghdad. He stressed that what took place on Friday, March 9th, 2018 is something that cannot be tolerated, which was the fatal stabbing of Christian family in the Mashtal area of Baghdad. He stated, “The religious authority in Najaf has to issue a fatwa forbidding the killing of Iraqis in general, and Christians in particular, and punish all those who perpetrate and carry out crimes against the people of the same homeland.”

urthermore, “The government and the parliament, especially the parliamentary security and defense committee should open an immediate and urgent investigation to uncover the reality of the plot against Christians in Baghdad,”he said. “What happened over the past two weeks is systematic rather than transient.” He called on the international community to intervene and uncover these crimes, which constitute an ethnic cleansing against the Christian component in Iraq.