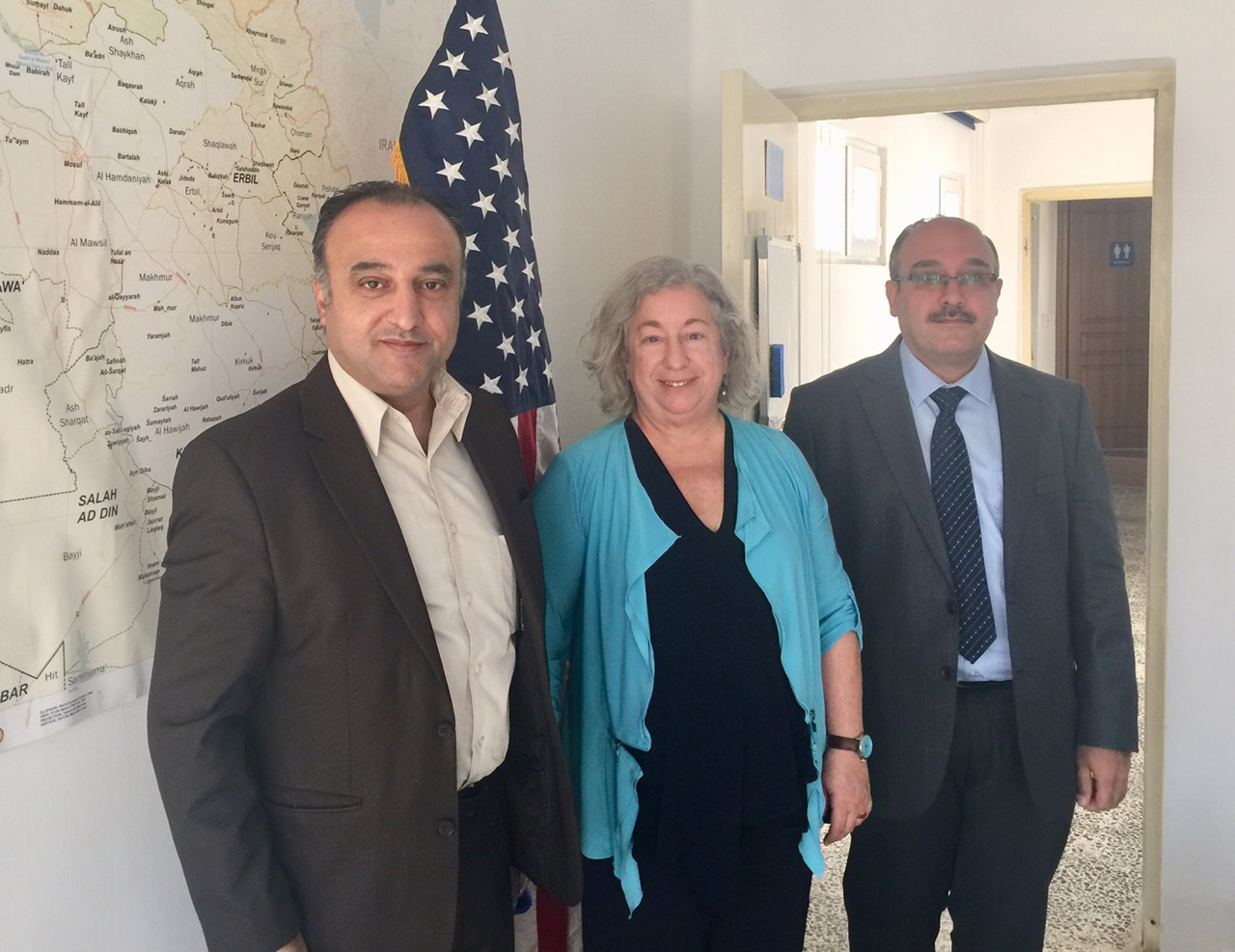 The US Consul General in Erbil, Mrs. Cherie O’Leary, met with MP Yacoob Gewargis Yaqo (head of Al Rafedain bloc in the KRG Parliament) and Ashur Sargon (President of Assyrian Aid Society – Iraq) at the Erbil US Consulate Office on November 16, 2017.

During their meeting, they discussed the general political situation in the Kurdistan Region of Iraq, the Nineveh Plain, and the situation of our Assyrian Chaldean Syriac people. In addition, a comprehensive explanation was provided on the overall return of internally displaced people (IDP), their daily needs, reconstruction and infrastructure development. These areas suffer from a large shortfall in support that does not meet the basic needs of the displaced to return to their homes and original towns.

MP Yacoob G. Yaqo and Mr. Ashur Sargon urged the United States and the international community to play a bigger and more influential role in providing support and helping the IDP. They called for support to work towards stabilizing their areas, both on the security front and economically. They reiterated the removal of the Nineveh Plain from all political conflicts and enable Nineveh Plain residents to protect their land and maintain the security file as that is the best way to restore confidence in the people of these areas who have faced years of displacement.