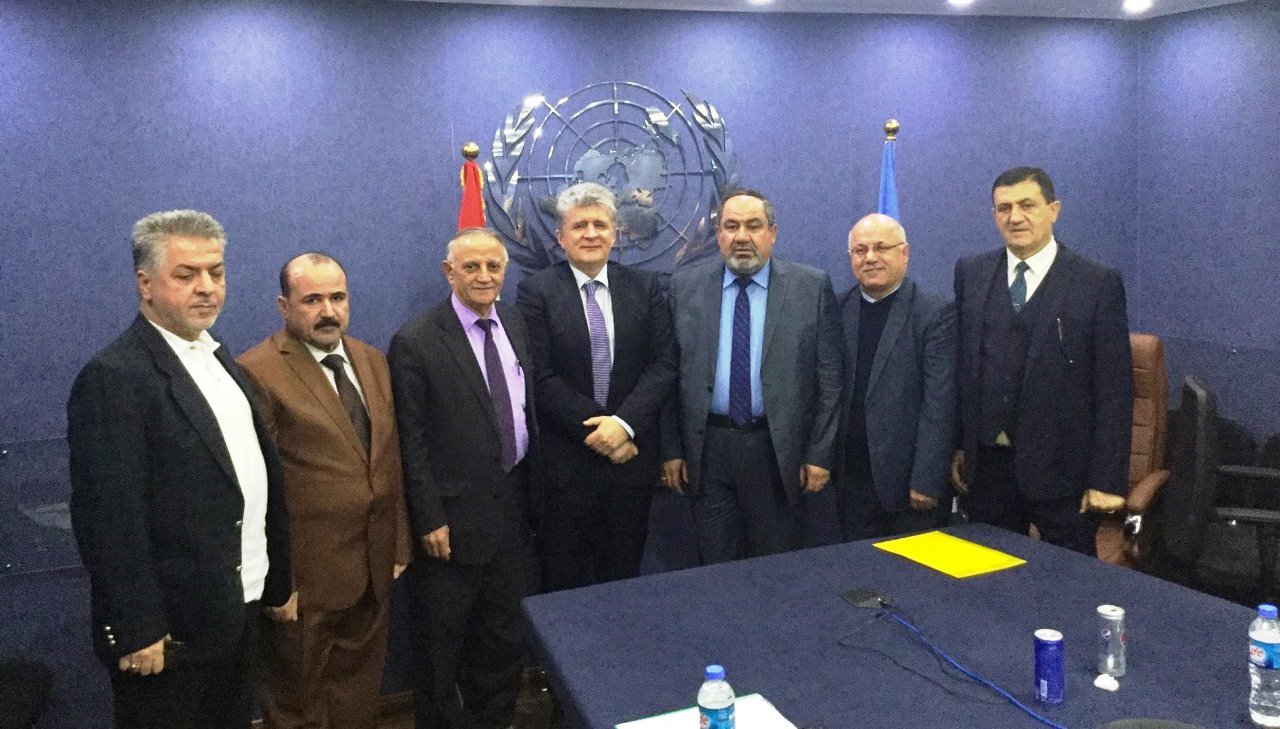 Mr. Miroslav stressed the United Nations’ keen interest in the national and religious components of the country, to work for the return of the displaced, and reconstruction and rehabilitation of their areas. He also emphasized on the importance of participation from the components and their role in political and economic fields and avoiding the demographic change that may occur during wars and clashes.

The Deputies presented their views on the grim reality throughout the displacement phase. Noting that migration is offset by the scarcity of the government’s role due to the security, political, and financial crises that the country is facing. In addition to the remaining destroyed areas, houses and infrastructure during ISIS’ period of controlling the region, which impedes the return of IDPs to their homes. There are also other practices and policies that do not conform to the criteria of citizenship, as well as the internal conflicts that negatively affect the existence and security of the components regions that require an important role from the United Nations to come out with peaceful, constitutional and equitable solutions that support security and stability in the country, which will lead to prosperity and stability of all the components in Iraq.