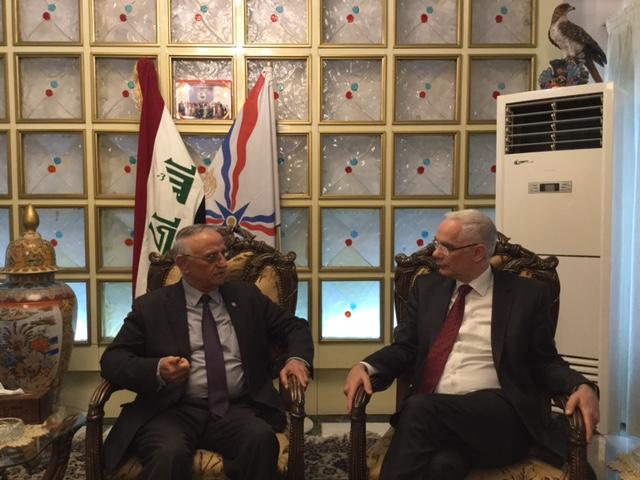 he Hungarian delegation was led by the Minister of Human Resources, Zoltan Balog. During the meeting, the two parties discussed the efforts and contributions of the Hungarian government to the Nineveh Plain towns and in particular the town of Tesqopa (Teleskof), in which the Chaldean Church is responsible for that town’s project. The Hungarian government is also making efforts in different areas to support the return of internally displaced peoples to their homes. The delegation assured to their contribution efforts towards reconstruction.

he Hungarian delegation included the Hungarian Ambassador in Iraq – Atilla Tar, Ambassador-at-Large (Hungary Helps) Ministry of Foreign Affairs & Trades – Peter Heltai, and Head of Hungary’s Department for Persecuted Christians – Tristan Azbej At the end of meeting, MP Yonadam Kanna expressed his appreciation to the Hungarian government for their efforts in supporting Iraq to alleviate the suffering of the displaced people and the victims of terrorism. 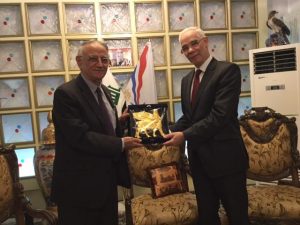